Trochus Against the Odds is a story of one man’s dream to make an equitable life for himself and his family. After being forced out of his previous livelihood, Warren Hill recovers a wrecked vessel considered to be near-unsalvageable, intending to transform it into a vessel tailor-made for collecting trochus shells off the Queensland coast.

The salvage and rebuild of the vessel is only the start. From the time the boat was launched, obstacles are thrown from numerous directions making it near impossible to get the boat to sea. A simple business venture becomes a lightning rod for unwanted attention from enemies unknown. And things only get worse after the vessel makes its maiden voyage as the Lara Star.

The story of the Lara Star is one of great dreams and determination, but also one of greed and corruption. Banks, the local police force and politicians could be either friend or foe. It’s a story of sabotage, extortion and attempted murder – a compelling maze of events so random it’s almost unbelievable.

It all happened in a Central Queensland coastal city. Unfortunately, it is all true. 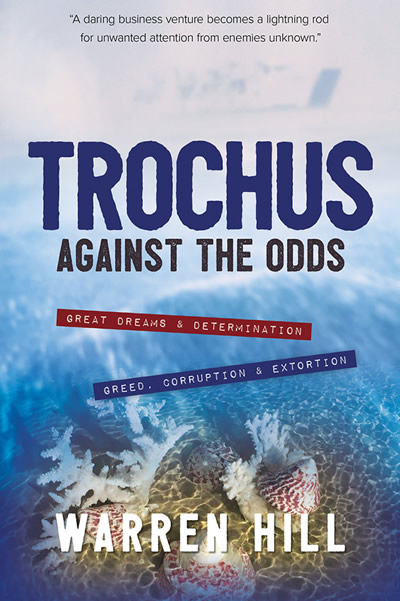 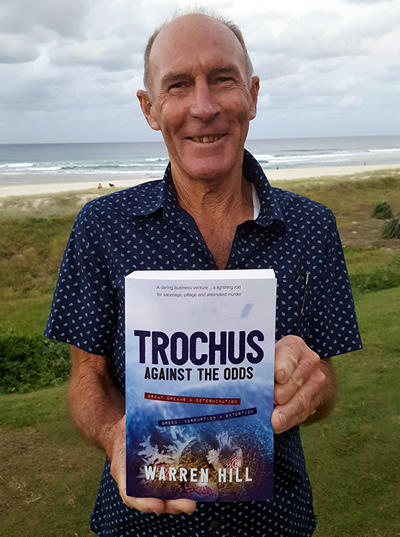 Warren grew up in the North Queensland town of Mackay. After his mother left home, he saw no future for himself in studying at school, living for the day and ignoring the future. He left school at the end of Year 10 with a dismal pass that did not justify the Commonwealth Scholarship he was awarded. After working as a farm labourer, cutting and carting sugar cane, he commenced an apprenticeship as a boilermaker, although he spent most of his apprenticeship in the drafting office.

As well as being highly intelligent and athletic, Warren has always been good with his hands. As a young man he designed and built his own home. Since 1973 he has made a living working on the water. He started as a tug seaman and later worked as a master pearler and a reef charter operator on his own boat, eventually working throughout the entirety of the Great Barrier Reef.

He still lives in Mackay with his wife of 43 years, Barbara. He does not regard himself as a writer but he has always been a story teller. He just had to put his story down on paper. The request for him to write about four harrowing years of his life came from his daughter. She was right, the story needed to be told.